Someone has to die 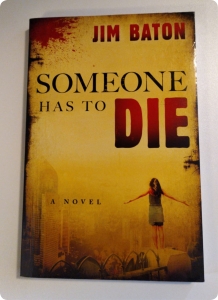 In the midst of a global clash between international terrorism and an American congressman’s peacemaking effort, a poor Muslim-majority neighborhood in Indonesia holds the keys to victory. While some in the neighborhood are making efforts to understand the truth behind the Muslim-Christian divide and build new bridges across it, others are determinded to perpetuate and intensify the hatred that has plagued the region for years.

When a tragedy reveals an unexpected villain, it will be up to two unlikely heroes to set aside their differences and save the day. What will it take to keep hope alive? And who will be willing to make the ultimate sacrifice for the sake of peace?